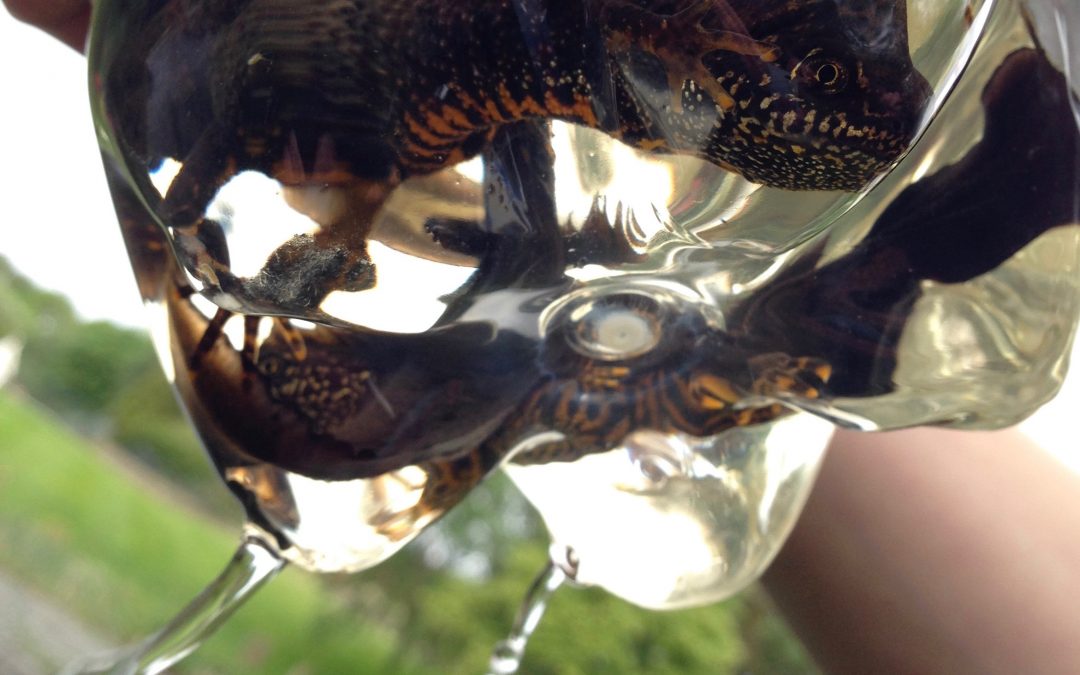 Natural England (NE) have proposed changes to the licencing process for development in regards to European protected species. The aims of these changes are to reduce costs and delays to projects, but is this what the results of the Woking great crested newt (GCN) pilot study show?

Natural England have promoted the changes to licensing in recent press articles2 and the recent Government White Paper on Housing as cost and time saving to developers1. The overriding premise of the changes is offsetting newt populations through the provision of connected habitat on a regional scale funded by developers prior to planning applications. The roll out of the district licensing program nationally is due to take place over the next three years, during this period newt populations in the most prevalent areas will be recorded and mapped, this period of assessment has been funded by the Department for Communities and Local Government (DCLG). Based on the local plan, strategies for management and enhanced areas will be created for newts prior to any development taking place. This will be managed through local authority organisational licenses which will replace the current system of site by site license applications.

Consultant ecologists have been chief complainants about the current licencing system due to the lengthy application and decision making process and welcome a change that would deliver a smooth application process and ensure the longevity of UK newt populations. However, it appears that the current site by site application process will remain in place for most sites with developers voluntarily opting in. Whilst it seems clear that the pre-existence of habitat and enhancement areas will potentially save [the developer] time and costs (associated with delays), caution should be applied with regards to stating there will be cost savings for the developer overall as this is more likely to be seen where developers opt in and where development is within the areas and timescale in the local plan.

The Chartered Institute of Ecology and Environmental Management (CIEEM)3 express concern at this stage as clarity has not been given regarding the mechanisms for delivering long term protections and management for the areas identified for this species. CIEEM and the amphibian and reptile group (ARG)4 also outline the need for expert involvement to ensure considerations regarding isolation and GCN take-up are sufficiently monitored and safe guarded, recommending that the strategy for each county is based on district GCN survey findings, with licensing in each county reflecting this.

It is intended that the information collected during these pilot studies will be used to inform future licence changes for other protected species.  Again, CIEEM express concern about applying a similar technique where different species ecology would require a different approach.