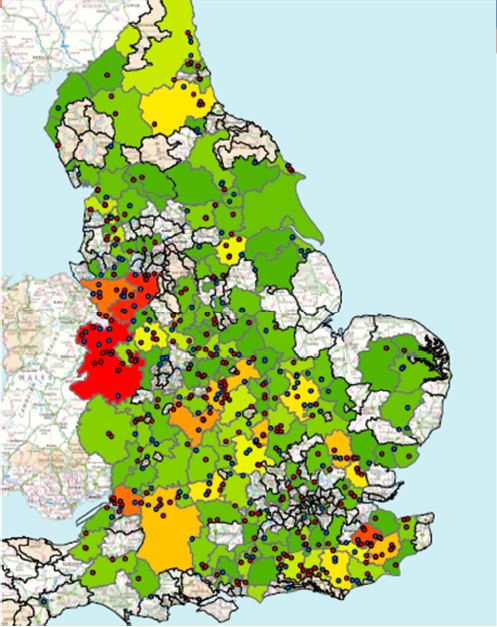 Bakerwell recently reported on the new district great crested newt (GCN) licensing approach being rolled out nationally by Natural England (NE).  Following attendance at a recent CIEEM webinar from Natural England and attending a consultants forum with Natural England we are able to provide updates on this.

District licensing will build on the Woking Pilot, where NE issued an organisation licence to the Local Authority (LA).  Woking Borough Council can now authorise operations that may affect GCN on development sites when granting planning permission.  Developers opting in pay a contribution towards creation and management of habitat in important areas for this species.  They are generally not required to survey prior to obtaining planning, and will not have to obtain site based licences after planning is granted or trap and relocate newts; resulting in significant cost and delay savings. Links to the consultation documents, Woking Borough Council pilot and other licensing resources are available on our resources page.

District licensing starts by establishing distribution of great crested newts at district level.  NE will examine the local plan to assess impacts on GCN from development and will advise the LA where it is most important to avoid/retain their habitat. The scale of habitat compensation needed and areas where habitat compensation will provide most benefit to this protected species will also be identified.  LAs will provide and secure compensatory habitat and will be expected to maintain this habitat for no less than 25 years.

Key points on the national roll out of district licensing are as follows:

Further information will be provided by NE via their European Protected Species newsletter, and various stakeholder engagements. Bakerwell will keep you updated on this very topical subject, watch this space.